I know it’s not fall but FaceTiming with my best friend yesterday made me reminisce in the good times I had in Virginia. Specifically my last visit, when I came as a tourist and no longer a resident (although we all know I have yet to update my license since I was 16).

Now, I realize it is currently berry picking season and not pumpkin picking and apple cider donut season, but fall festivals are a top three reason as to why I will one day move back to those country roads.

Cox Farms in Centreville, VA is the place to go to get your fixing for that just-outside-the-city country fall festival. Their fall festival runs from mid-September to early November.

I brought my boyfriend to his first Virginia farm festival and I was not disappointed. The second you cross the farm line you can feel fall coursing through your veins, craving apple cider donuts, hot chocolate, and eyeing the best pumpkin in the patch.

We started off with some apple cider donuts, Tylers first taste of the good life, can you believe this man had never had an apple cider donut before this trip? Well he ended up eating four just at the festival!

It wasn’t long until I ran off to see the momma pig with all of her little piglets. Momma pigs enclosure was conveniently located right off of the rabbit hutch, which is always my go to spot on any farm.

My friends finally dragged me away from the binkying bunnies to do the most farm like activity possible – a hayride! What can be more fall festival than sitting crossed legged in a hay filled trailer attempting to not feel the itch of the course hay while craning your neck to look at the fields behind you. All in the name of fall festival fun!

Now, if you find yourself in the DMV – DC, Maryland, Virginia – in the fall months, there is probably nothing more entertaining than the Cox Farms Fall Festival Hay Ride. Picture high school boys with zero attempt to act making it all the more entertaining when they pretend to be trolls.

Besides some ‘marvelous’ acting, you’ll see a pumpkin catapult, some wooden figurines, a little western village (the staple farm item), horse (you get to pet them!), and a lot a lot of farm.

The hayride isn’t the only eclectic fall festival activity to pursue at Cox Farms, there are slides galore, tunnels, and country music stage but nothing beats foamhenge! You read that right. Foamhenge, the foam replica of the famous Stonehenge. There’s really no point to it and it is purely there for laughter and hilarious amusement and amazement.

The one thing to rival the entertainment of the hayride acting was the pumpkin smash. Two people would go all the way up in a lift with a load of pumpkins so all of us below could watch them smash on a tree stump. Honestly, it was amazing and we still laugh about it eight months later.

To wrap up a true Virginia style fall festival you have to spend the rest of your money at the produce stand – which is exactly what we did! While munching on some good ole’ kettle corn we picked up some pumpkin butter and farm fresh honey WITH the honey comb in it. Lucky for my wallet, I was reminded that we had to catch a flight in 30 hours and I was sharing one suitcase with my beloved boyfriend so I could not buy three pumpkins larger than my head and my weight in apples.

Now, was the time we showed Tyler the true NOVA lifestyle of ending up at a winery after every outing.

We drove down the road to The Winery at Bull Run. We did the wine tasting – another first for Tyler – and chose our bottles of wine to share between the four of us. I’ll be honest, I don’t remember which wines we chose but I do know we went with one white and one red. Fun and classy, the perfect combo.

They did have a fruit wine – I believe peach – on special and although I love some fruity wines I think I am actually old now and cannot stomach more than a tasting.

The scenery at the winery was beautiful – obviously, it is Virginia – and there was even a wedding happening. However, Florida has apparently gotten the best of me and I spent the night shivering and cuddling up attempting to soothe my goosebumps.

We hit the point of the night where we were pleasantly wine drunk and savagely hungry. We scurried into the car feeling the heat hit our cheeks from our little rental car.

The perfect fall day in Virginia. 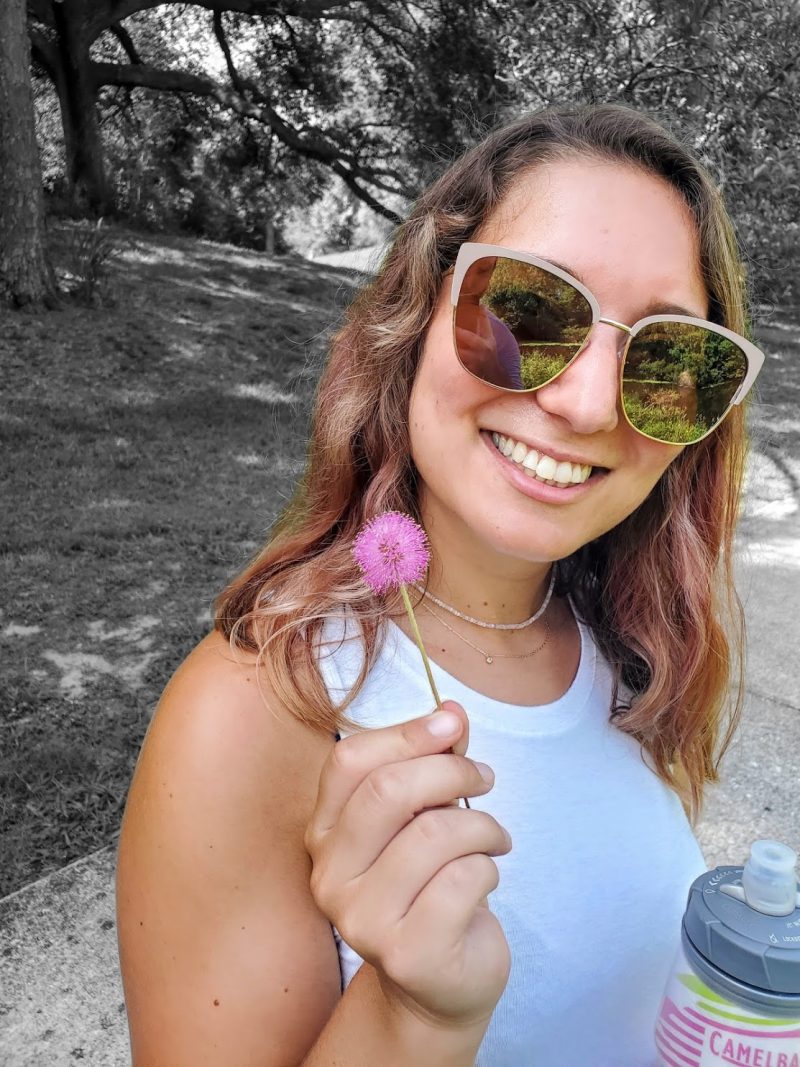 Get posts straight to your inbox!